We are pleased to announce Joseph Pflieger as the winner of the new Amazon Fire TV Stick with Voice Remote. Joseph was one of 1454 people who entered the contest. 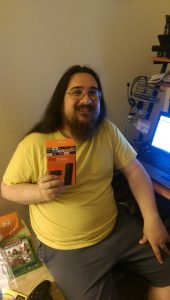 Our summer contest was a big hit. In total, the 1454 people entered with over 14533 social likes, blog posts, reblogs, tweets, retweets, follows, and newsletter signups.

We will soon launch two new contests and sweepstakes in 2016. Watch your inbox and social media for announcements of our new contests.

Click here to check out the latest contest opportunities. Be sure to enter new events and it could be your time to win!

Thanks to everyone who entered and participated in our latest contest on CurvedView.com.


Thank you for having this giveaway. I am happy for winning

What's on Netflix: What's New and Leaving Netflix in September 2016